Hamilton is hailed as one of the greatest male figure skaters of all time. He won a gold medal for his stunning performance in the 1984 Olympics in Sarajevo. He won four consecutive US figure skating championships and four world championships from 1981 to 1984. In 1990, Hamilton was inducted into the United States Olympic Hall of Fame and the World Figure Skating Hall of Fame. In all, he has earned more than 70 titles, awards, and honors for figure skating.

For the past 30 years, his broadcast analysis of national and global skating competitions has provided firsthand insights, and his speeches and books are uplifting and motivating.

Besides his many accomplishments in the public arena, Hamilton says his family members have always been an integral part of his success and are the most important people in his life. He is excited to share more of his personal and family stories at RootsTech 2018.

Born August 28, 1958, in Toledo, Ohio, Hamilton was adopted when he was six weeks old by Dorothy and Ernest S. Hamilton. He has overcome many obstacles on his path to success including an illness at age two when he stopped growing. Doctors were unable to determine the cause, and over time the condition corrected itself.
His parents supported his figure skating passion from the time he began skating at age 13. “Family in my early years of skating were all in the ice show. I remember taking pictures on our front lawn in April, all in our costumes and ices skates. . . . Once I started skating, everybody was involved. . . . We were all in, 100%. It was our ‘candy,’” he said.

His highly publicized battles with cancer that interrupted his skating career have inspired millions. Following his mother’s passing from cancer and his own survival, he established the Scott Hamilton CARES Foundation (Cancer Alliance for Research, Education, and Survivorship) to improve cancer survivorship. In 2014, he founded the Scott Hamilton Skating Academy to rebuild figure skating and offer fresh ways for students to fall in love with skating, as he did as a child.

His wife, Tracie, and four children are now the center of his life. While helping with recovery efforts in Haiti following the devastating 2010 earthquake, he and Tracie fell in love with two amazing orphans. “Now they are our own children; so now we have four,” said Hamilton. “It’s fun, and it’s crazy, and it’s non-stop, and [we] just keep going, going, going. Life is full. Life is good. And I couldn’t be more grateful for the opportunities to be a part of this very fun—we put the fun in dysfunctional—family.”

When asked how he feels about keynoting RootsTech 2018, Hamilton says he looks forward to soaking in the RootsTech experience and sharing his story. “We all have a story to tell. All of us. And we all have great lineage and heritage. And we’ve got all of these generations and generations and generations [before us]—nothing started with us.” While at RootsTech, Hamilton says he is excited to meet as many people as he can and hear about how they have found their lineage, ancestors, and their families.

“All of us have a legacy to leave for future generations,” he said. “It’s hard to be memorable in this world, but through our children, we have a chance to really make an impact,” he said.

Hamilton feels his legacy is compassion, kindness, and generosity, “If I can raise money for cancer research and be successful in that, if I can be a good father and allow my kids to have everything they need to be successful in their lives and for their children and for their children and their grandchildren, then I think I’ve done my job."
Go to RootsTech 2018, February 28 to March 3, 2018, to learn more about Scott Hamilton’s incredible journey, discover your roots, make family connections, and catch the spirit of belonging to generations of your family.

The following is from FamilySearch and the Family History Library. 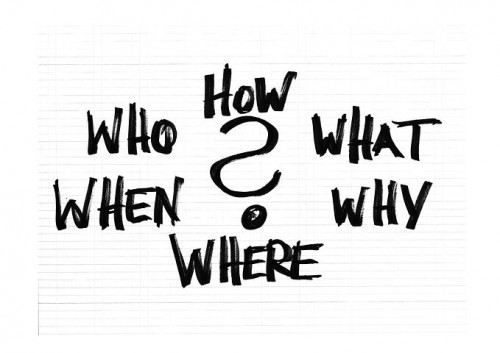 The Family History Library in Salt Lake City, Utah, has announced its free family history classes and webinars for November 2017. Participants can attend in person or online.
New classes include how-to research Swiss, Norwegian, Canadian, and immigration records. There are also classes on the FamilySearch Family Tree, using the FamilySearch Catalog effectively, learning how to index in much-needed foreign languages such as Italian, Portuguese, Spanish, Dutch, and French, and searching specific sources for other countries. Some classes are also in Spanish. See the full schedule below. Mark your calendars for events you want to join so you don’t forget.
Online classes are noted on the schedule as webinars. Webinar attendees need to click the link next to the class title at the scheduled date and time to attend the class online. Those attending in person simply go to the room noted. Invite your family and friends. All class times are in Mountain Standard Time (MST).
If you are unable to attend classes in person or online, most sessions are recorded and can be viewed later online at your convenience. To access these, go to the archive for Family History Library classes and webinars.

About FamilySearch
FamilySearch International is the largest genealogy organization in the world. FamilySearch is a nonprofit, volunteer-driven organization sponsored by The Church of Jesus Christ of Latter-day Saints. Millions of people use FamilySearch records, resources, and services to learn more about their family history. To help in this great pursuit, FamilySearch and its predecessors have been actively gathering, preserving, and sharing genealogical records worldwide for over 100 years. Patrons may access FamilySearch services and resources free online at FamilySearch.org or through over 5,000 family history centers in 129 countries, including the main Family History Library in Salt Lake City, Utah.

Summary
Over 40 million new records this week from Finland, Italy, and the Netherlands. Additional records were published from Argentina, Australia, Austria, BillionGraves, Chile, China, Denmark, England, France, Hungary, Massachusetts, South Africa, Spain, and West Virginia. Search these new free records at FamilySearch by clicking on the links in the interactive table below.
Searchable historic records are made available on FamilySearch.org through the help of thousands of volunteers from around the world. These volunteers transcribe (index) information from digital copies of handwritten records to make them easily searchable online. More volunteers are needed (particularly those who can read foreign languages) to keep pace with the large number of digital images being published online at FamilySearch.org. Learn more about volunteering to help provide free access to the world's historic genealogical records online at FamilySearch.org/indexing.
About FamilySearch.org
FamilySearch is the largest genealogy organization in the world. FamilySearch is a nonprofit, volunteer-driven organization sponsored by The Church of Jesus Christ of Latter-day Saints. Millions of people use FamilySearch records, resources, and services to learn more about their family history. To help in this great pursuit, FamilySearch and its predecessors have been actively gathering, preserving, and sharing genealogical records worldwide for over 100 years. Patrons may access FamilySearch services and resources for free at FamilySearch.org or through more than 5,000 family history centers in 129 countries, including the main Family History Library in Salt Lake City, Utah.